Jetlag kicked me out of bed at 630am and boy was I glad. This was the sunrise from the 30th floor: Tokyo’s formidable skyline, glass, steel and the occasional crane, bathed in the pink light of the morning sun and punctuated by the snowy peak of Mt Fuji. Stunning. 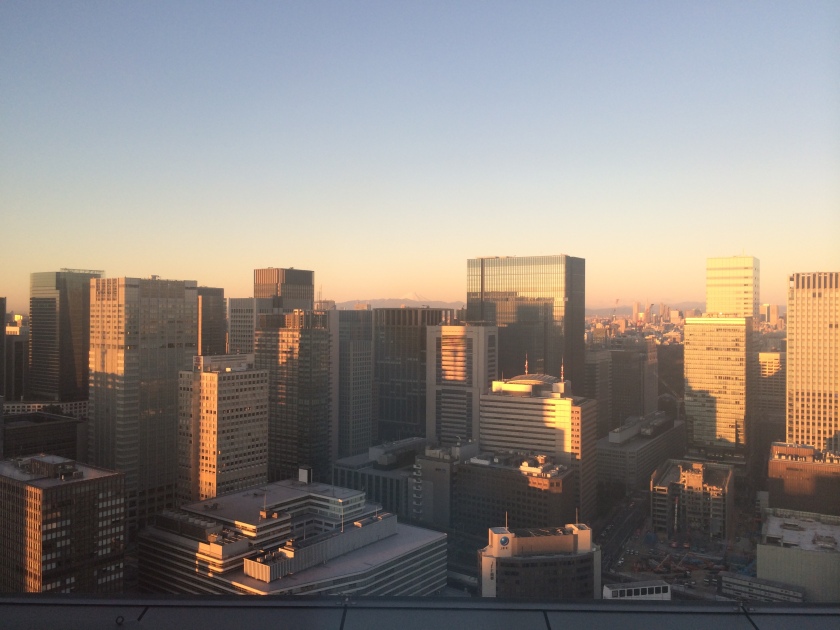 After a pit stop at the hotel gym, we were hungry and ready to hit the streets. As it turned out though, Tokyo isn’t much of a morning city, not on a Saturday at least. Bondi cafés might be bustling at 6am, but at 930, Tokyo is barely getting started. Lucky for us, we stumbled upon this little gem while walking through Mitsukoshimae station. 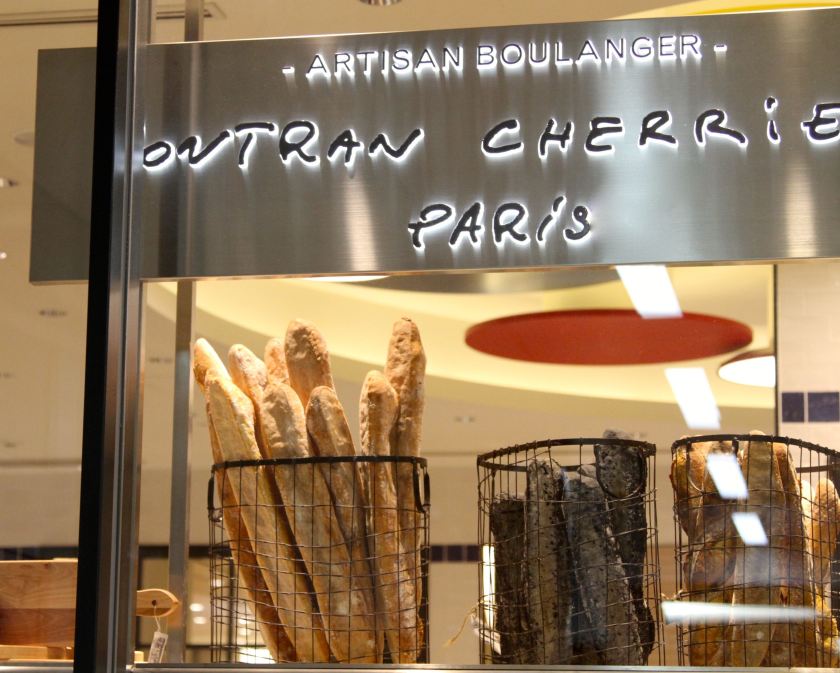 Meet Gontran Cherrier. A fourth generation baker from France, Gontran and his eponymous boulangeries are taking Asia by storm. In four years, he’s launched three shops in Singapore, expanded to 7 outposts in Tokyo and landed in Seoul. Interestingly, Gontran hasn’t ventured elsewhere in Europe or to the pastry-loving (and good pastry-deprived) shores of the United States.

Anyway, as we stood in the cold subway tunnel, outside the entrance of Gontran’s Nihonbashi shop, the aroma of freshly baked bread and melted fromage filled the air. I felt my stomach rumble. Forget sushi, I want French pastries for breakfast!

After an appropriate amount of deliberation, we unscientifically chose three things that looked interesting. Those three things turned out to be tuna salad in a squid ink bread roll (for me),  a matcha white chocolate scone (to share) and a small, cheesy bread stick for hubs (he decided to he wanted to “save himself” for Tsukiji after all).

Everything was insanely good. The bread roll was soft and springy with just the right hint of squid ink flavour so as not to overpower the entire sandwich. The tuna salad was moist and beautifully paired with some lively micro greens. The scone was similarly mild in its adopted flavor yet perfectly crumbly and not overly sweet. I simultaneously wanted to inhale and savor everything.

I suppose I shouldn’t be surprised at how authentically French everything tasted. Tokyo has 50 Michelin star French restaurants and a reputation for some of the best French bakeries in the world (for comparison, London has 55 Michelin star restaurants in total).

Still, what sets Gontran apart is his uncanny ability to embrace local flavors while maintaining the integrity of what is truly spectacular French baking. In a nod to local palettes, Gontran is experimenting with creations such as miso-infused bread, curried baguettes and a sandwich filled with ham, shiso and yuzu butter. The standout, however, remains the baguette noir, the squid ink infused jet-black loaves that appeared to be flying off the shelves.

Gontran was so good that we returned the next day for more and picked up a curried chicken sandwich on a sesame roll and a lemony prawn sandwich on a matcha roll. We also grabbed a chicken and mushroom tart, a melon pan and what might just become an all-time favourite: a mont blanc.

Oh and the best part? He’s coming to Australia in 2015. Vive la France!